The lighting setup was made by 1k tungsten light + 1/4 CTO Gel Applied (2950K) as a KEY LIGHT, 2 led panels (3200k) as a FILL/BACKGROUND LIGHT and a little LED panel with Teal and Red Gel Applied as a PRACTICAL LIGHT for the first Scene with the kid in the wardrobe, also i added a GOBO template made in cardboard for the KEY LIGHT; for the Second Scene i changed the direction of the lighting setup to the ceiling and i added 3 PRACTICAL LIGHT sources of Led Spotlights in the hall. This short was shooted in the fantastic Sony A7sII with S-log2 profile. 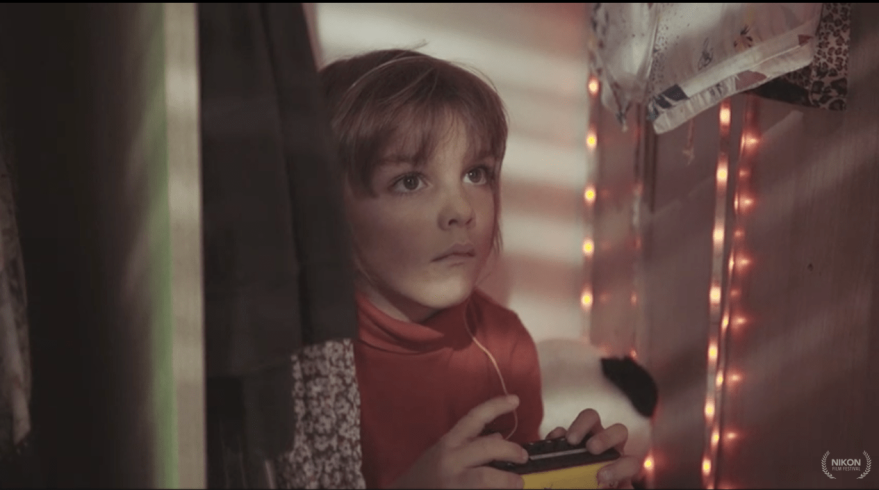 JE SUIS UN RADIOCASSETTE is running in the eighth edition of the Nikon Film Festival, so please vote for my work through your facebook profile. See you in the next review.

I am very happy to be at the Fresnoy working on the sound mix of my latest film during my birthday, accompanied by Yannick Delmaire the sound mixer. Thanks to my dear producers Nidia Santiago, Edwina Liard and Alejandra Lopez from Ikki Films. Thanks to Fresnoy-Studio National, Sylvie de Wilde and Blandine Tourneux for their support and to the Centre national du Cinéma et de l’image animée, Ciclic-Région Centre-Val de Loire, Procirep and Angola. And to my beloved team and family in Mexico and France. Coming soon La vida es un carnaval.
Good bye the Nord.
#ancient #trees #memories work in progress #film @lefresnoy
Loading Comments...
Comment
×
%d bloggers like this: